Well, I have to say I am buzzing about the launch of Brisbane New Voices this Sunday at the first SpeedPoets event for 2010 in our new home at InSpire Gallery Bar (71 Vulture St West End). I have had the pleasure of hearing both of the featured poets – Jonathan Hadwen & Fiona Privitera – read from the collection at recent events, so it will be a great thing to get this mighty fine little book officially out into the world. 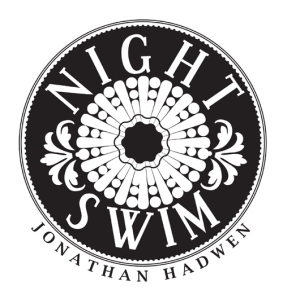 This is a striclty limited edition printing, so I am offering readers of Another Lost Shark the opportunity to secure a copy by emailing me at geenunn(at)yahoo.com.au with the subject line Brisbane New Voices. Please be sure to include your postal address and your preferred payment – paypal, direct debit or cheque/money order.

And as we are celebrating the launch of a new series and the emerging voices of this fine city, I am throwing in a copy of Going Down Swinging #29 with each order, all for the special price of $15 including postage.

I am hoping this series develops a life of its own and supports the careers of many emerging poets.

SpeedPoets has a new home for 2010

SpeedPoets have packed up eight beautiful years of history in the New Farm/Fortitude Valley precinct and are heading on over to West End to make InSpire Gallery Bar their new home in 2010. InSpire is already the home of Poetry Smack which runs every second Tuesday from 7:30pm and was the venue for the last Small Change Press launch, so it is no stranger to the live poetry scene…

To kick off the 2010 year, SpeedPoets are hosting the official launch of the exciting Brisbane New Voices chapbook featuring Jonathan Hadwen (Night Swim) and Fiona Privitera (Peep Show). And as always there will be music from the SpeedPoets engine room of Sheish Money, giveaways/raffles and plenty of space for you to breathe life into your words in Brisbane’s hottest Open Mic section.

The first gig of the year will be held on Sunday March 7 with doors opening at 2pm – along with Open Mic sign up – and the live action starting at 2:30pm. So make sure you are there to bring in the new era and christen the new venue as the 2010 year takes off!

InSpire Gallery Bar is located at 71 Vulture St. West End… and we are looking forward to calling it home!

Today I am holding a copy of my latest publishing venture Brisbane New Voices, featuring two brand new micro-poetry-collections by Jonathan Hadwen and Fiona Privitera. It looks rather stunning and is putting a very large smile on my face! So to celebrate, here is a look at one of the poems from Fiona Privitera’s micro-collection, Peep Show.

Love cannot be measured
nor measured out like
caught breath or
dead weight; open cadaver
silk viscera as

Brisbane New Voices will be launched early in 2010, so keep your eye out for details in the new year. And don’t forget to check out the sample from Jonathan Hadwen’s micro-collection, Night Swim.

Spotlight #6 takes a look at local shining light, Fiona Privitera. Recently, I have had the pleasure of working with Fiona as part of my residency at Cosmopolitan Cafe and am mighty happy to announce that I will be publishing a chapbook of her work (alongside another local poet Jonathon Hadwen), so keep your eyes out for details about its release. For now, over to Fiona … 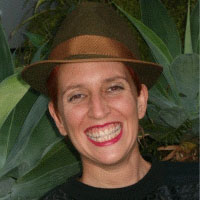 What is the role of spontaneity in your creative process?

Spontaneity is the result of many hours of reading, researching, talking, thinking, dreaming and writing. Also as important is the role of mistake in a work-  an example of this is a line which began as “the slipping sunlight…” in my notebook, but I typed it as “the slipping sun slight…” which worked better within the poem.

Eliot said, “Poets learn to write by being other writers for a while, and then moving onto another one.” Who are the people who have influenced you and who are you reading now?

Yesterday I finished reading Story of O by Pauline Réage. It might take a few more days to sink in. It is about a woman whose lover takes her to a house where she is whipped and made use of by all of the men there, and then she is given to another man by her lover and that other man becomes her ‘master’. The book refrains from becoming vulgar however, and has some really interesting things to say about desire and control, desire and possession, about submission, about how much one will do for the pleasure they receive in letting another take pleasure from them in whatever way they see fit.

I would say that I have been more influenced by particular books and poems than by whole bodies of work by any particular author. Novels would be Invisible Cities by Italo Calvino and Silk by Allessandro Barrico, for their poetic, simple, concise use of language. I have just re-read My Lover’s Back by mtc cronin- what a great collection. The first poem, Lovers, I must have read 30 times over and each time it is just as brilliant. And I really like the stanza you wrote in On One Hand –

Why do they do that?
Shut mad men in a dark place
where they will ripen

I have been influenced and inspired by poets I have met and ones I have seen perform- Rowan Donovan, Mel Dixon, Sean M Whelan -the list could go on and on.

I like the sound of it. Hopefully some other people do as well.

I am always interested in the thought processes and practices of writers. Would it be possible for you to share with us your process, in other words, what does Fiona Privitera do in preparation for writing?

I find the actual physical act of writing somewhat contrary to my nature. I prefer to be active and social, while writing is sedentary and solitary. It also requires a certain degree of discipline which I lack. I read poems, stories, non-fiction, news articles, spend way too long on Wikipedia, visit my grandmother, do the dishes, walk to the shops, listen to music, sleep, take notes from books and conversations, steal quotes from friends, do the laundry, think, think some more and then finally I write some awful page of rubbish, which, if I am lucky has one line I use as stimulus for a piece or pieces. Exercise seems to stimulate my ‘writing brain’ so I always walk with a notebook. I usually end up writing decent poems about things which I have been thinking of and taking notes about for at least six months. I went through a big writing stage about a year ago, so lately I’ve really become more of an editor as opposed to a writer.

Finally, where are you looking when you write?

Graham, I am looking at the notebook or the computer screen. ( is this a trick question?)

The red dye carmine, which is used
to colour many cosmetics and confectionaries
is processed by crushing dried female
cochineal insects.

She sucks on a watermelon flavoured
chili-coated lollipop and harvests
those insects from the cacti.

Her dress is fine threads of saffron fairy floss.
We lie on the white ground.
The morning is strangely warm and the snow
melts around our bodies.
Her dress melts beneath my hands and in my mouth.
I am full of sugar and we are lying in wet dirt.

Her open palm holds the broken thread of her
beetle necklace; the soft bugs scattered in the earth
and the fire-ant trail of her hair.

She tells me:
Iam a pinata. You have cracked me open
found me full of candy.

A Million Bright Things: featuring a short set from every bright thing on the 2009 program plus a feature set from the awesome Neil Murray

All sessions are held at the Judith Wright Centre of Contemporary Arts, Brunswick St. Fortitude Valley.