All Tommorrow’s Parties… Crime and the City Solution

Another sleeping behemoth has awoken, to step out onto the ATP stage next weekend… Crime and the City Solution. After a hiatus of two decades, the band are back with a line up that boasts driving force and Crime mainstay Simon Bonney along with members of the legendary 1987 – 1991 line up, Bronwyn Adams and Alexander Hacke as well as newcomer… drummer extraordinaire, Jim White (Dirty Three).

Crime’s incendiary live performances are the stuff of legend; their music skirting the gothic edges of blues and gospel. At times dark, cacophonous and fuzzed out, Bonney’s theatrical voice always cut through to give the band a chilling, melodious sound. Like Godspeed You! Black Emperor, this is a band I never dreamed that I would see live, having been too young to catch the band in their prime.

Excited, doesn’t even begin to describe how I am feeling…

Here they are at their peak, performing The Dolphins and the Sharks (click the pic below). 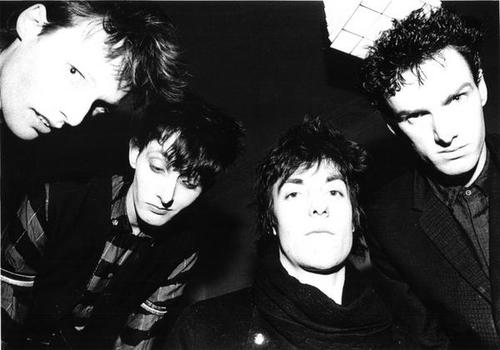